Working with Slides: Rulers in PowerPoint

When working with multiple slide objects, you should have a visual cue about where you are placing slide objects. You can get exact coordinates of your slide objects using the positioning options in PowerPoint, but most of the time, you just need an approximate idea of where your objects are placed, and this can be easily obtained by using the Rulers option available in PowerPoint. Turning on this option shows you the rulers in PowerPoint. These rulers are located on the top and left parts of the active slide. 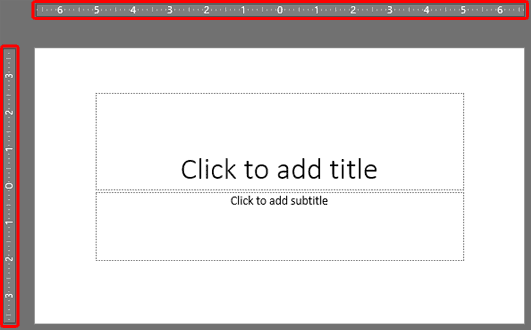 Filed Under: W
Tagged as: Interface and Basics, PowerPoint Tutorials, Working with Slides

« File Types, File Menu, and Backstage View: File Types that Can be Opened in PowerPoint