Picture fills can look great and distracting depending upon the type of picture you chose, and the object that you fill with the picture can also make a difference. If you need to use a picture as a fill for your chart’s Plot Area, then you must put in plenty of thought because you don’t want to crowd your chart. Therefore you can use a picture, but it’s best to use one that’s muted enough and does not attract too much attention.

Apply Picture Fills to Plot Area of Charts in PowerPoint 2013

Apply Picture Fills to Plot Area of Charts in PowerPoint 2011 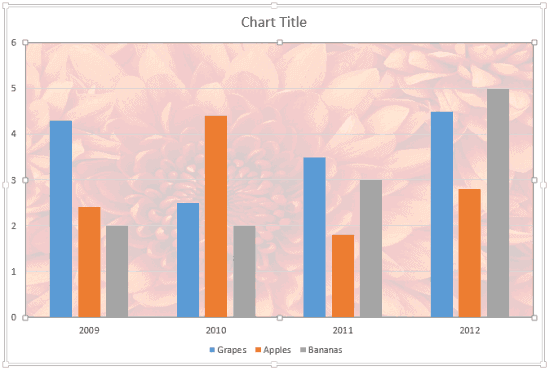