Slide transitions do more than causing some movement between one slide and the next. You can actually do a slide transition that is abrupt without any effect or you could look at any of the transition effects, all the way from simple fades and wipes to something that does not cause a vertigo! In addition, you can set timings for transitions and also accompanied by transition sounds. 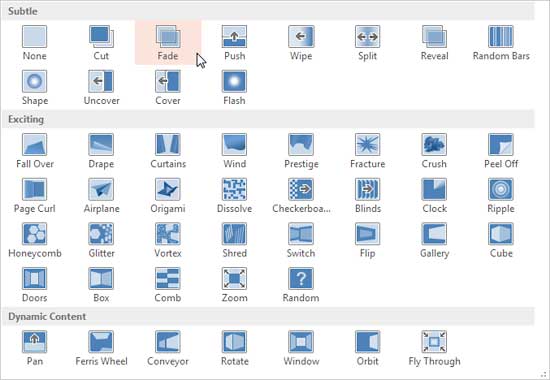