After your Photo Album has been created, you may forget about its existence for a few days or months. Then, when you open the Photo Album presentation again, you can edit it almost like you have just created it a moment ago! You can edit the photo content in many ways, since the Edit Photo Album dialog box provides abundant possibilities. We look at reordering and editing photos and also removing the ones you no longer need within the Photo Album.

Reorder, Remove, and Edit Photos within Photo Album in PowerPoint 2013

Reorder, Remove, and Edit Photos within Photo Album in PowerPoint 2010 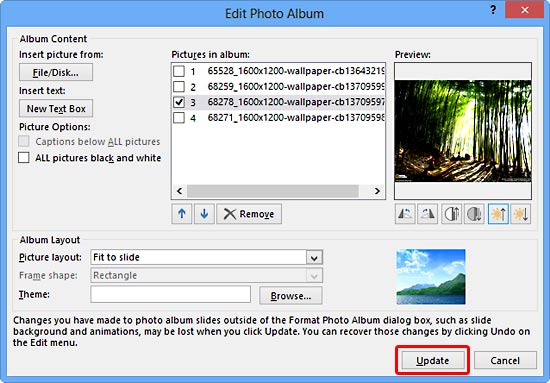